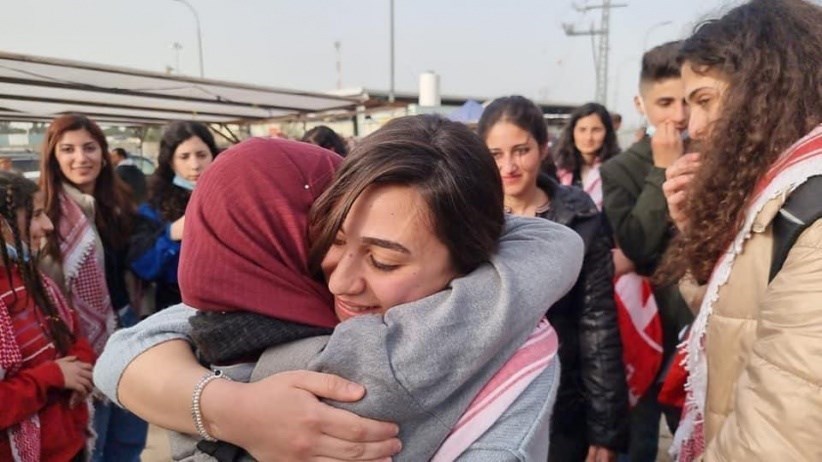 On Sunday evening, the Israeli occupation authorities released the Palestinian prisoner Ruba Assi, 22 years, from the town of Beit Liqia, west of Ramallah, at Al-Jalama Checkpoint, north of Jenin. Assi was detained in the Israeli “Damon” prison.

Montaser Sammour, Director of the Palestinian Prisoners Club in Jenin, stated that the Israeli occupation authorities released the prisoner Ruba Assi, who was detained for 21 months in “Damon” prison, at Al-Jalamah checkpoint, north of Jenin.

The IOF had arrested Assi on July 9, 2020, over the mere charge of participating in “student activities”. The released prisoner is a sociology student at Birzeit University, in the central West Bank.

The number of Palestinian prisoners in Israeli occupation prisons, by the end of last January, reached nearly 4,500, including 32 female prisoners, according to institutions concerned with prisoners’ affairs.