Home > News About Prisoners > ‘I was afraid to protest when I was 8. Not anymore’ – 18-yo Palestinian icon Ahed Tamimi to RT 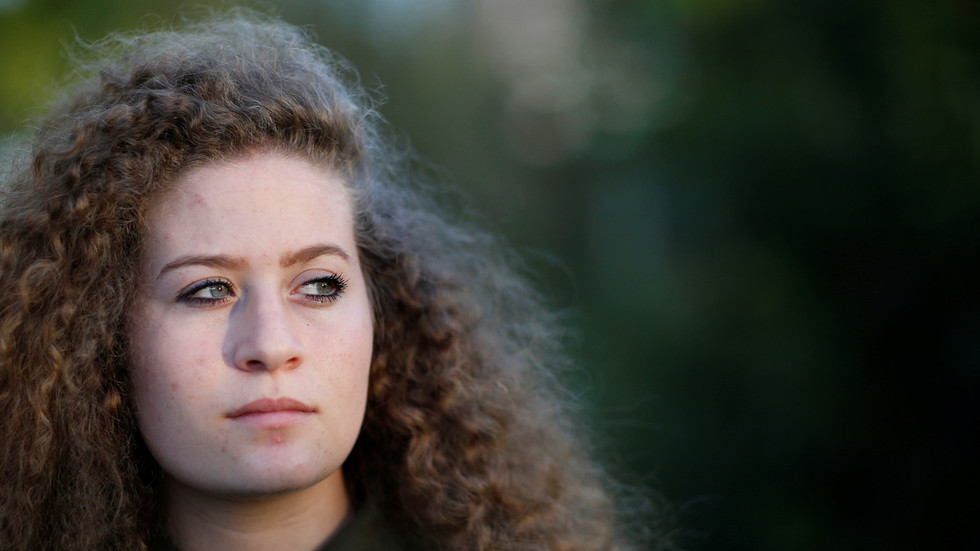 Palestinian activist Ahed Tamimi grew up protesting the Israeli occupation. She took part in her first rally when she was eight, and a decade later, she doesn’t believe in reasoning with Israel.

Ahed Tamimi, a Palestinian resistance icon at just 18 years of age, told RT Sputnik host George Galloway that she believes young Palestinians like her are the future of the fight against Israeli occupation. While she hopes to use her worldwide fame to advance the Palestinian cause, many more are following in her footsteps back home in Palestine.

“No occupation lasts forever as long as we have Palestinian children who still resist the Israeli occupation, like the martyrs who have paid the ultimate price for the Palestinian cause, who became martyrs for their causes as 19-, 20-, 18-, and 16-year-olds. But there are many more Palestinians like them that offer themselves for the cause.”

Hardened by a lifetime of protest, Tamimi rejects the idea of resolving the Palestinian-Israeli conflict through talks. She says that her family has suffered a lot at Israeli hands. Tamimi’s father was first arrested when she was three, and has been in and out of prison, mostly in, as she was growing up. She told Galloway that he was repeatedly tortured in detention, and once slipped into a coma. Her mother was arrested six times, and suffered an injury to her leg that prevented her from walking for two years. Her aunt was killed by an Israeli soldier. Risking death every time she protests the status quo, Tamimi says she doesn’t feel fear anymore.

“I first demonstrated when I was eight, I was very afraid at the time, but the more I participated in the demonstrations, the less fearful I became.”

Tamimi said that she refuses to be victimized by the Israeli oppression, calling herself a ‘freedom fighter’ rather than a ‘victim’.

“The only way to liberation is popular resistance and the confrontation of the occupier in all ways possible,” she believes.