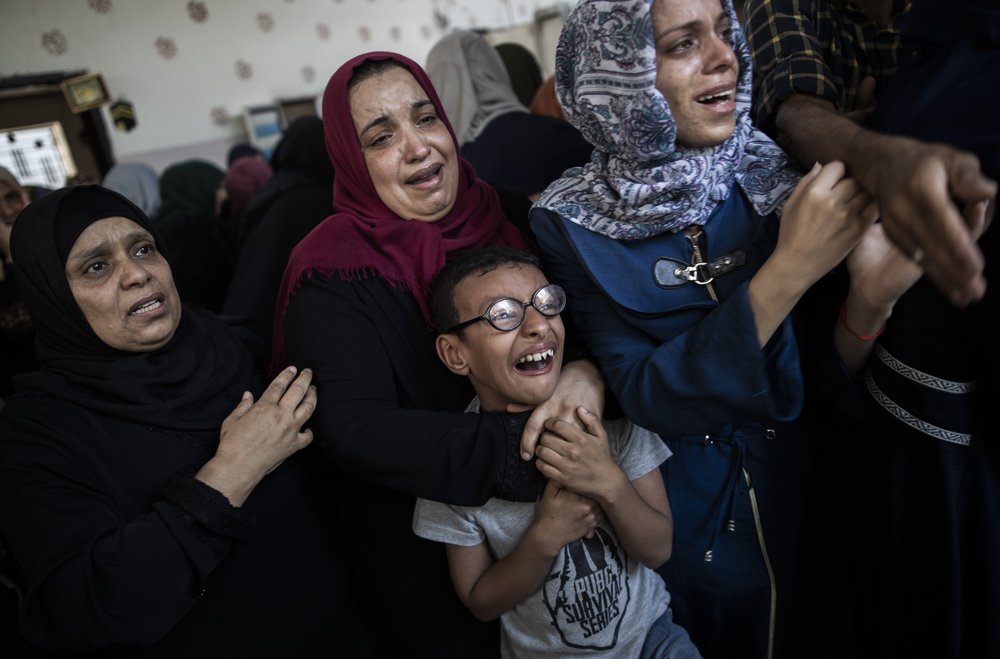 The Israeli military said a helicopter and a tank fired at armed suspects near the fence overnight.

After weeks of calm, Palestinian militants have attempted a number of raids in recent days. They fired rockets into Israel on two occasions over the weekend, without wounding anyone. Israel struck Hamas targets in response, without causing casualties.

Israel holds Hamas responsible for all attacks emanating from Gaza, which the Islamic militant group has ruled since 2007. Hamas has said recent attacks were carried out by individuals frustrated by the Israeli-Egyptian blockade imposed on the territory 12 years ago.

Israeli-Palestinian tensions have also risen following recent attacks in the occupied West Bank and clashes at a Jerusalem holy site.

“The killing of young people on the borders of the Gaza Strip is a continuation of the (Israeli) occupation’s crimes everywhere, in the West Bank and Jerusalem,” Hamas spokesman Hazem Qasem said. “This is linked to the state of anger and pressure that Palestinian people are suffering from.”

At a funeral held for the men, the bodies were draped in the flags of different factions — Hamas, Islamic Jihad and the Fatah movement of President Mahmoud Abbas, whose forces were driven out of Gaza when Hamas seized power.