Home > News About Prisoners > Jamil Dirawi: The “hunchback of Moskobiyeh” rings the bells of freedom 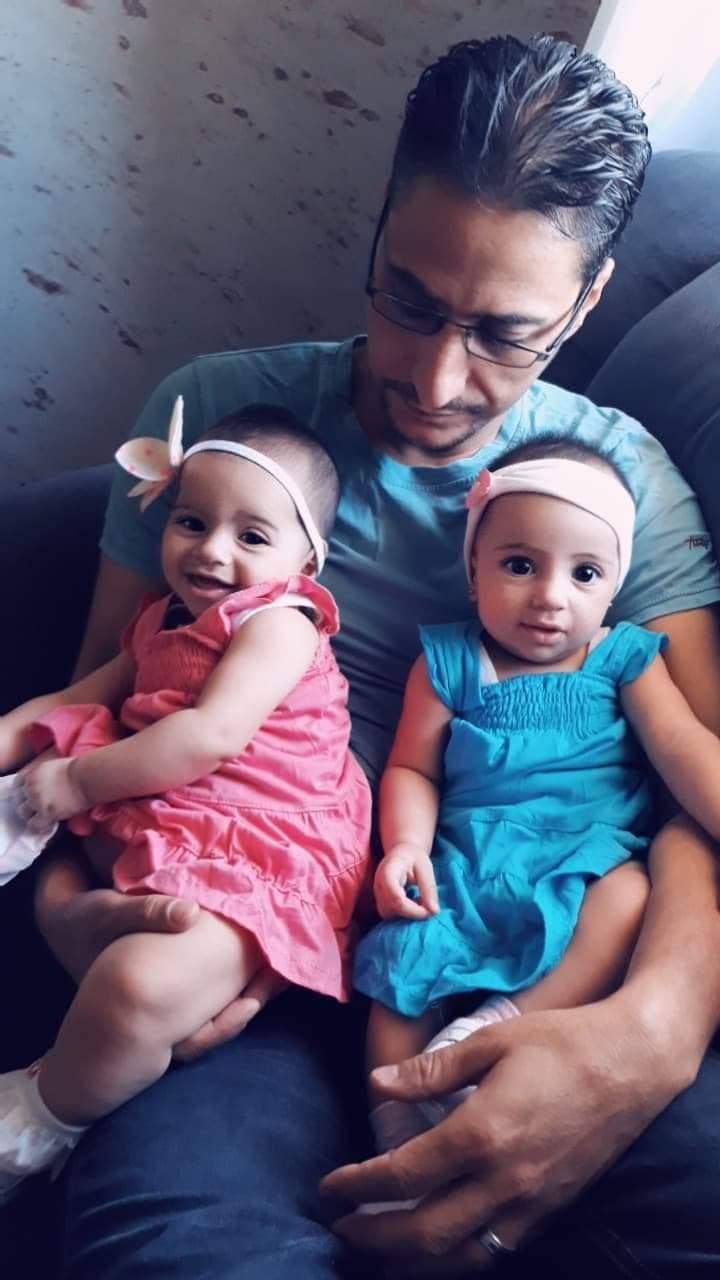 It was the morning after Christmas day, the 26th of December 2019 when I met Jamil, while attending a court session for my beloved husband Ubai Aboudi. He was standing in a cold hall, surrounded by mean-looking occupation guards and soldiers. The air was suffocating with the hatred of the wardens in charge and the merciless loud voices of the soldiers and guards grumbling in Hebrew and shouting in anger.

Jamil Dirawi has been called “the hunchback” for years, since his first injuries under torture during interrogation. He entered the hall with his arched back, but for those who knew him before his imprisonment, he was barely recognizable.

His jaw was broken, displacing his mouth to the left side of his face; he had missing teeth. His eyes were constantly blinking, later shown to be an effect of exposure to electric shocks. In addition, his hands were shaking involuntarily, swinging from side to side uncontrollably. Burn marks from cigarette butts were all over his hands, and were later discovered all over his body. His eyesight was clearly impaired, judging from his squinting – and those were only the physical disfigurements seen by all.

I was in shock at the sight and was unable to fathom the whole scene. Head spinning, I wondered what had happened to him. Was his condition due to beatings by another human being – or maybe a monster? Was it due to the cold and damp facility? Or did Jamil have a neurological dysfunction?

It was only when I learned that Jamil had spent 40 days in interrogation at the Moskobiyeh detention center center, where his ruthless interrogators applied all torture methods known to humanity, that my questions were answered.

I further learned that Jamil was handcuffed for long periods of time, dislocating his wrists. His knees were also snapped out of place due to beatings and being tied in stress positions for hours on end, according to Jamil’s wife, Rawan.

Jamil has been arrested and tortured more than once. The hunch in his back and the dislocated disc in his lower back were injuries suffered under torture during his first arrest, followed by his imprisonment that lasted for 14 years. Jamil’s name means “beautiful” in Arabic. However, the Israelis had ensured that at least his body is no longer Jamil.

Rawan had to hide her pain as she looked at her beloved husband on one of her rare visits to attend a hearing session at the Israeli military court. It was the second time she saw her husband after his most recent disfigurement.

She could only reassure him that their twin girls, Sham and Dalia, are fine and speak of him constantly. Rawan and Jamil also have a third daughter, Shams, who was born on the day Jamil was released from his second arrest. She was given this name, which means “sun,” to represent her father’s freedom. However, Jamil spent only two months with Shams before he was arrested again for the third time.

His family’s suffering continues. Jamil has been denied his prescription eyeglasses, and he has 40% disability due to the electric shocks he was exposed to during torture.

Rawan tried hard to bring a smile to her husband’s face in order to soothe his pain, She exited the court room disheartened and broke down, crying uncontrollably, but pulled herself together quickly for the sake of her children.

There are over 5,500 Palestinian political prisoners in Israeli jails, and Jamil’s story is only one.

Jamil’s nickname is, of course, a reference to Victor Hugo’s hunchback of Notre Dame of Paris, but he is the hunchback in the Moskobiyeh interrogation center in Jerusalem, a city under occupation.

Similar to the hunchback of Paris, he too rings the bells – the bells of freedom, along with his fellow freedom fighters. They are calling on the international community to put a stop to Israel’s brutality, end its occupation, and hold it accountable for its crimes against the Palestinian people.