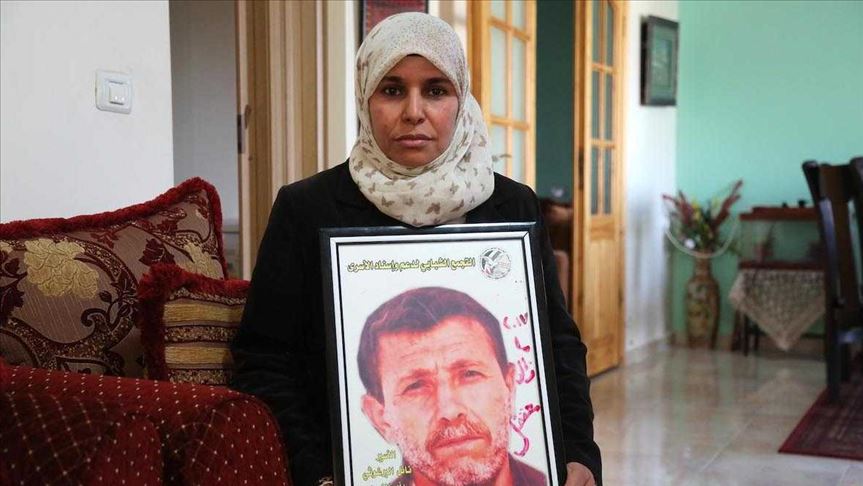 Despite 40 years behind bars, the family of Nael Barghouthi, the longest-serving Palestinian prisoner in Israeli jails, is still hopeful to see him freed one day.

“He will taste freedom once again,” his wife Iman Nafi told Anadolu Agency in an exclusive interview.

“I will be here waiting for him,” she said, with tears rolling down her cheeks.

Spending 34 years in prison, he was released as part of a prisoner exchange deal between Palestinian resistance group Hamas and Israel in 2011.

Later, Israeli forces rearrested him in June 2014 along with dozens of other Palestinian prisoners who were later released in an exchange deal, reinstating his sentence of life imprisonment and 18 years.

During his time in prison, Nael lost his parents and several family members.

In 2018, his nephew Saleh Barghouthi was killed by Israeli forces on claims of carrying out a shooting attack. Another nephew, Omar, was arrested by Israel.

“Forty years is a very long period of time to live in sadness and oppression, thinking of how many people were born and others died while Nael is still imprisoned,” his sister Hanan Barghouthi said.

“It is very hard for me and the entire family to go through all of this while Nael is locked up in a cell by the ruthless occupation,” she said.

In 2009, Nael broke the Guinness World Record for the world’s longest-serving political prisoner.

According to Hanan, their parents died before Nael was released in 2011.

“She spoke of how much she misses Nael and wants to kiss him one last time,” Hanan, who was banned from visiting her brother by the Israeli authorities, said in a crying voice.

“Nael was deeply saddened by the death of our parents, and the first thing he did after his release in 2011 was to visit their graves,” she recalled. “I know how he misses them visiting him.”

In 2011, Nael married ex-prisoner Iman, who herself spent 10 years in Israeli jails, and she is now the only person allowed to visit him in prison.

After spending 31 months together, Israeli forces rearrested Nael in 2014.

“The night the occupation forces rearrested Nael was difficult and horrible, before the decision to reinstate his old sentence came down like a thunderbolt,” Iman recalled.

“During his days of freedom, Nael liked to hike in the mountains next to our village,” she said. “He loves children and he always says that the children of Palestine are my children.”

“We wish that one day we will have a child. Nael wanted to call him or her Nour (light).”

According to his wife, after his release from prison, Nael started to study history at a Palestinian university.

“His re-arrest, however, has prevented him from pursuing his education,” she lamented.

According to Palestinian figures, roughly 5,700 Palestinians — including a large number of women and children — are languishing in Israeli detention facilities.