In breaking news from Barzilai hospital in Asqelan, Palestinian prisoner and hunger striker Bilal Kayed announced that he is suspending his hunger strike on his 71st day without food pending a press conference in which details will be announced tomorrow, as reported by his lawyers in Addameer Prisoner Support and Human Rights Association.

Samidoun Palestinian Prisoner Solidarity Network urges the critical importance of the continuation of all protests and actions in support of Bilal Kayed and his fellow Palestinian prisoners on hunger strike. These protests are critical not only to support Bilal in his ongoing struggle but also to support his fellow Palestinian prisoners who continue on hunger strike for their liberation and against solitary confinement and isolation. With the final announcement of the victory of Bilal Kayed, these events and actions can become both celebrations of victory and actions of struggle.

Full details regarding the agreement reached by Bilal Kayed and his lawyers today will be reported tomorrow morning, 25 August, at a press conference at Wattan news agency at 11 am in Ramallah.

Samidoun Palestinian Prisoner Solidarity Network extends its strongest salutes to Bilal Kayed and all of his fellow  Palestinian prisoners who continue to lead the struggle for victory and liberation. 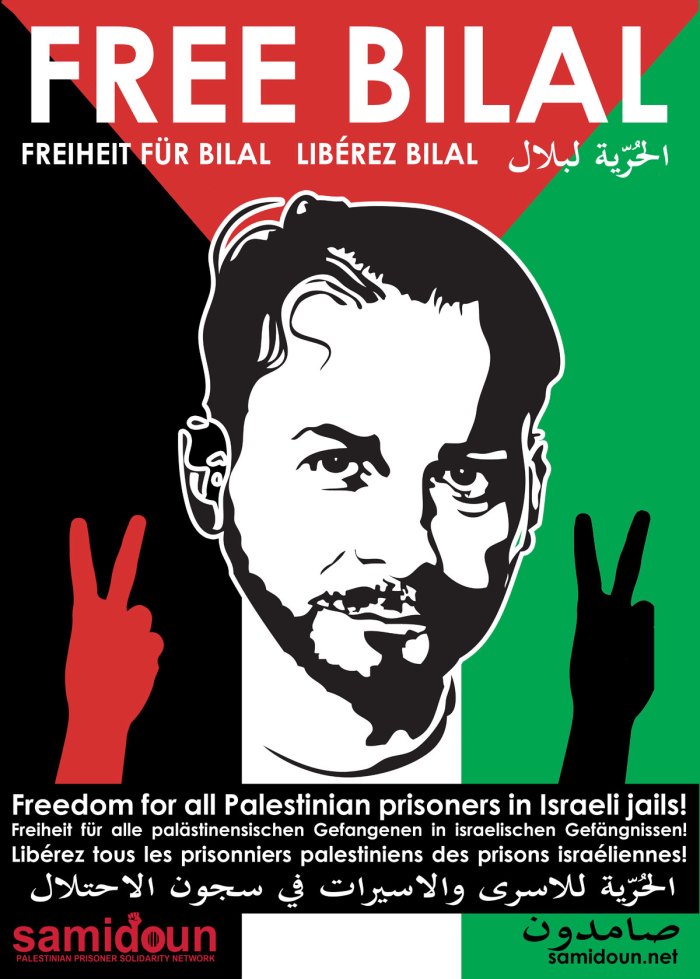