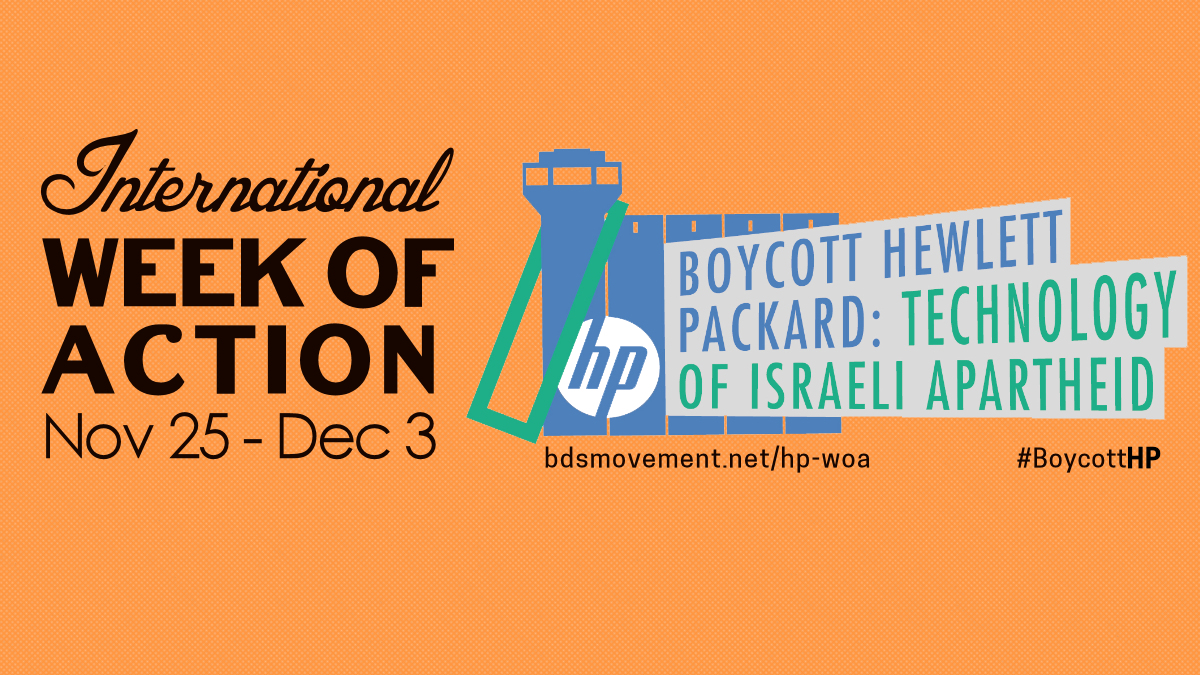 Will your city or organization join the Week of Action? Sign up here!

From the United Kingdom to Malaysia, from the United States to Italy, from Germany to Palestine, organizations in cities worldwide are organizing campaigns and actions to hold HP accountable, and so can you!

There are many ways your group can take part in the HP Week of Action! Here are 10…

Now is a great time to start identifying local HP vendors or researching institutional ties — such as contracts and investments — between HP and your city, university, or faith community.

Together, let’s show HP companies it’s time to live up to their stated principles. The International Boycott HP Network is putting together resources to take some of these actions. Also, check out the recent webinar recordings: Why HP is a Great Target and Building Effective Boycott HP campaigns.

Sign up today to get connected with resources for the Boycott HP Week of Action!