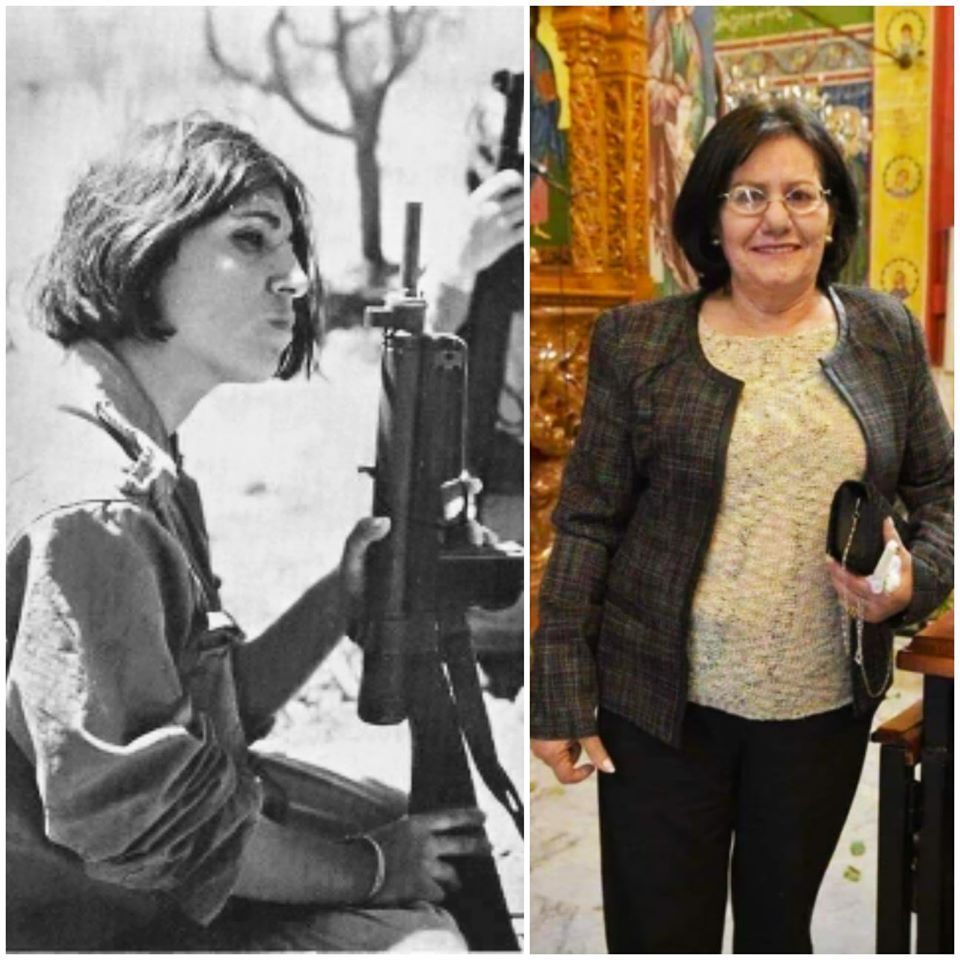 Therese Halasa as a young fighter in the camps and later in life, living in Amman after her release.

On 28 March 2020, Therese Halasa, lifelong struggler and Palestinian revolutionary, passed away in Amman, Jordan, at the age of 66. Born in Akka, occupied Palestine ’48 in 1954 to Palestinian and Jordanian parents, she grew up under Israeli martial law imposed on Palestinians. After the 1967 war and the occupation of the remainder of Palestine – the West Bank, Jerusalem and the Gaza Strip – she was inspired by the same call as thousands of young Palestinians, flocking to the camps of the fighting movements of the Palestine Liberation Organization. She finished high school in Akka, studied nursing in Nazareth and left Palestine in 1971, without informing her family, to join the Palestinian liberation movement.

In an interview with scholars of the Learn Palestine project, she described her own crossing of the border from 1948 Palestine to Lebanon to join the Palestinian revolution. She emphasizes that she did not join the revolution due to “suffering, but due to a sense of patriotism inspired by Abdel Nasser and my father.”

As an 18-year-old Palestinian fighter in 1972, Theresa was one of four militants who hijacked a Belgian Sabena plane, Flight 571, en route to Tel Aviv. Their demand: freedom for 315 Palestinian and Arab prisoners in Israeli jails.

The four Palestinian fighters, Therese Halasa, Rima Tannous (a young Jordanian woman), Ali Taha Abu Sneineh and Abdel-Aziz al-Atrash, and the plane were attacked by Israeli forces after landing in Palestine, disguised as Red Cross workers and aircraft technicians. The forces that attacked the plane and killed Abu Sneineh and al-Atrash – as well as a 22-year-old passenger, Miriam Anderson – included Ehud Barak and Benjamin Netanyahu; Netanyahu himself was shot in the shoulder, and Therese Halasa was severely injured.

Rima Tannous and Therese Halasa were brought before an Israeli military court and sentenced to life imprisonment, but they continued to educate themselves and struggle behind prison bars. Rima Tannous told her story of torture under Israeli interrogation in an account published after her release from Israeli prisons in 1979 in a prisoner exchange; Therese Halasa was released four years later in 1983 in another prisoner exchange with the Palestinian resistance. At the time of her release, she was engaged with other prisoners in a collective hunger strke.

After her release, Therese Halasa was expelled from occupied Palestine. She lived the rest of her life in Jordan, marrying and working as a nurse caring for patients with disabilities. She continued to tell her story, including to documentarians and filmmakers researching the history of the Sabena hijacking and the Palestinian revolution. Despite her illness and battle with lung cancer, she continued to be present at countless sit-ins and demonstrations for Palestine in Jordan.

Rima Tannous, Therese’s comrade-in-arms, shared her story of involvement, resistance, torture and oppression inside Israeli prisons in a statement published in 1979 after her release as part of a collection, Palestinian Political Prisoners: Struggle Behind Iron Bars, published by the PLO’s Unified Information Department and the Committee for the Defense of Political Prisoners in Israeli Jails. We present Rima’s story, below, which includes a detailed description of her and Therese’s reunification behind bars, as well as their interaction with international political prisoners jailed by Israel for their involvement in the Palestinian struggle: