Samer Issawi, Palestinian prisoner and long-term hunger striker, launched a hunger strike in solidarity with imprisoned Palestinian lawyer Muhammad Allan on Sunday, 16 August, demanding his immediate release from administrative detention. Allan has been on hunger strike for over two months demanding his freedom; he is currently comatose and facing a medical crisis in Barzilai Hospital, where he is held under armed guard. 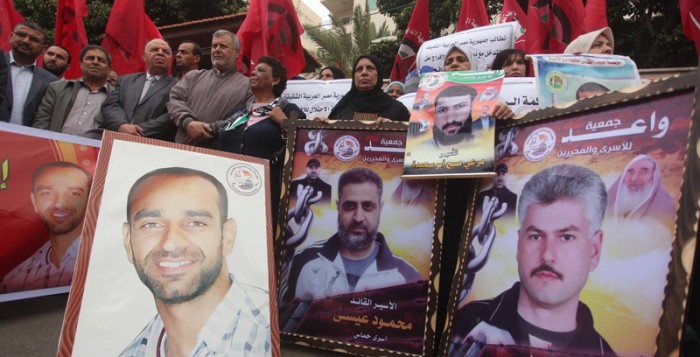 Issawi, of Issawiyeh village in Jerusalem, was released in 2011 as part of the Wafa al-Ahrar prisoner exchange; in 2012 he was arrested and threatened with the reimposition of his entire sentence, accused of leaving the municipal borders of Jerusalem. He refused food for 266 days, striking until he achieved his release after 17 months of detention. Issawi’s release in December 2013, was, like the earlier release of Khader Adnan, a major victory for the Palestinian prisoners’ hunger strikes against injustice.

It should be noted that Issawi’s grueling 266-day strike included the intake of intravenous salts, vitamins and minerals; Allan has consumed only water, and thus he faces a life-threatening health crisis 62 days in to his strike.

Issawi was re-arrested in June 2014, joining sister Shireen and brother Medhat, who had been arrested in March 2014. In May of this year his original 30-year sentence was reimposed on the basis of secret evidence by a secret military tribunal. Released Palestinian prisoners’ sentences can be reimposed under Military Order 1651, accused of nothing more than contact with Palestinians in political parties – or even more mysterious charges, as the entire process is secret.

Issawi’s case has received support from solidarity activists around the world. Samidoun Palestinian Prisoner Solidarity Network salutes his action today and all of the brave prisoners who struggle with their bodies to resist occupation and achieve their freedom, and urges the immediate release of Muhammad Allan, Samer Issawi, the re-arrested released prisoners, and all Palestinian political prisoners, as well as the abolition of administrative detention and secret evidence tribunals.