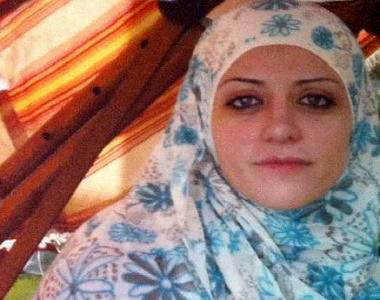 Shireen Issawi, the sister of legendary hunger striker Samer Issawi, has told Hanan Al Khateeb, attorney of the Council of Prisoner Affairs, that she suffered a brutal beating in Hasharon prison on May 3, 2015.

She was taken into isolation in Ramleh prison, under the false accusation of incitement. She was subjected to an internal trial and then sentenced to 7 days of isolation, and one month without family visits.

She described her conditions in isolation as being extremely harsh, being kept in a tiny cell that has no bed, forcing her to sleep on the floor, and without the presence of a washing basin or any other commodities whatsoever. She was completely isolated from the world, and her cantina account was closed, adding to the harshness of her conditions by not being able to buy any food.

Shireen Issawi is a lawyer, and this is the second time she is being imprisoned, without any charges or fair trial. She has been in detention for well over a year, and was granted the Al Karama Human Rights Award in December 2014, while imprisoned, for her efforts in defending the rights of Palestinian political prisoners.

Both of her brothers, Samer and Medhat, are also still being detained. Samer Issawi, who waged the longest hunger strike in history against his former detention, recently had his old sentence of 30 years reinstated, causing outrage among human rights advocates everywhere.