Maher al-Akhras was detained in July by Israeli authorities, who say he is a dangerous Islamic Jihad activist, but also plan to free him in November; he denies the accusation 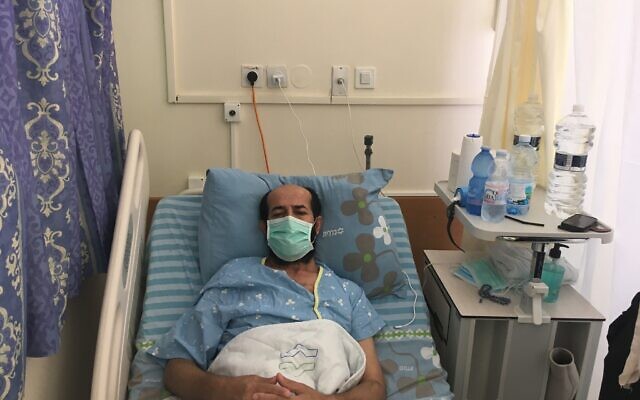 Maher al-Akhras, a 49-year-old security prisoner, while on a hunger strike in Kaplan hospital in Rehovot on October 8, 2020 (Aaron Boxerman/Times of Israel)

As of Wednesday morning, Maher al-Akhras has not eaten for 81 days. He lies in a bed in Kaplan Medical Center in Rehovot. He reports hearing a roaring noise in his ears, and sometimes his eyesight suddenly fades; when he speaks, he groans and closes his eyes in pain from headaches.

Al-Akhras was arrested in late July. For over two and a half months, he has been on a hunger strike in protest of his detention without trial by Israeli authorities, who have accused him of membership in a violent terror group. However, they’ve also indicated he will likely be freed by the end of November, when his administrative detention period ends.

In the meantime, al-Akhras drinks water and refuses all medical treatment, according to his lawyer. Now, according to human rights groups and Kaplan’s medical staff, his health is deteriorating rapidly, and he may be on the verge of death.

“He is in immediate, fatal danger. People who begin hunger strikes and drink nothing but water for days on end begin to die around the 75th day,” said Physicians for Human Rights-Israel staffer Anat Litvin, who specializes in prisoners’ rights.

Al-Akhras has been held in administrative detention, which allows terror suspects to be held indefinitely without trial in renewable increments of up to six months. While detainees can appeal the detention itself to the High Court of Justice or lower district courts, the suspects do not receive full trials or have access to the evidence against them.

He told The Times of Israel that he wanted to see “his children playing with young Jewish and Christian children in freedom” and denied current membership in the terror group. He maintained that he is not involved in any “security activity.” Shin Bet officials had barely questioned him about specific details of his activities, he said. 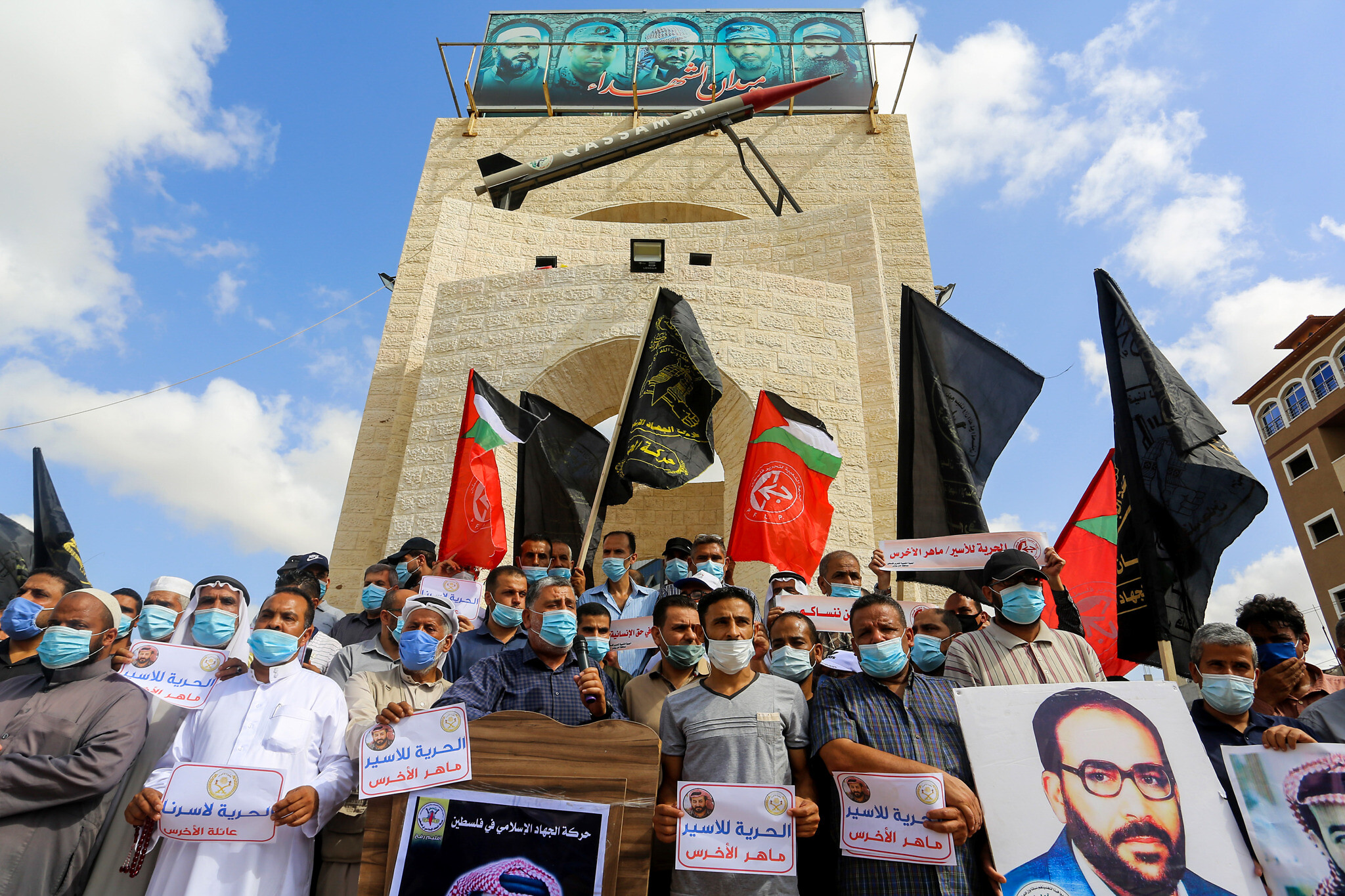 According to the Shin Bet domestic security service, which is responsible for counter-terrorism in the West Bank, al-Akhras is involved in Islamic Jihad, a Palestinian terror group that avowedly seeks to destroy Israel. The organization has conducted numerous terror attacks against Israelis since its founding in 1981.

“Intelligence was received that [al-Akhras] was a prominent activist in Islamic Jihad, involved in activities that endangered public safety,” the Shin Bet said in a statement.

But Israeli military prosecutors have decided not to renew his administrative detention, which is set to expire on November 26. On Monday morning, the High Court of Justice declined to immediately release al-Akhras before the deadline. Instead, it offered a compromise: Al-Akhras could end his hunger strike now, serve out the rest of his sentence, and his administrative detention would not be renewed afterwards unless new information came to light.

Al-Akhras refused, vowing to continue striking unless he was granted immediate and unconditional release. Asked whether he was not scared of death, al-Akhras said, “It’s in their hands,” referring to the Israeli authorities. “If I agree to go home on their terms, can I really go home? At any point any Shin Bet officer can decide to simply arrest me again.”

Al-Akhras, a 49-year-old resident of Silat al-Daher outside Jenin, has been arrested five times for alleged involvement in Islamic Jihad, according to the Shin Bet. He is the father of six children and owns one of the largest dairies in the West Bank.

In 2005 and 2019, he pled guilty to membership in a banned organization,  according to the Haaretz daily, which added that court filings stated that he had attended Islamic Jihad marches, including delivering speeches at some of them, and posted extremist material on Facebook.

Al-Akhras alleged Israeli forces “took me purely so as to humiliate me. I knew the officer who arrested me [from my previous arrests]… and he knew me. They said they arrested me just to punish me.”

His wife Taghreed nodded as she stood at his bedside; she recently received a permit from Israeli authorities to visit al-Akhras during the day, before returning to the West Bank each night.

On September 6, the courts ruled that al-Akhras was too weak to remain in Ofer Prison, where he had been detained. He was subsequently transferred to Kaplan Medical Center, where he has remained ever since, according to his lawyer Ahlam Haddad.

While al-Akhras’s detention has remained on the margins of most Israeli media, it has made headlines in the Palestinian press — which is largely dominated by the two ruling parties, Fatah and Hamas. A few small, scattered demonstrations calling for his release have been held across the West Bank and Gaza.

Al-Akhras’s death could ignite further tensions between Israel and Palestinian factions in both Gaza and the West Bank.

“If al-Akhras dies, it will be an execution without a trial,” charged MK Ofer Cassif, the sole Jewish parliamentarian in the Joint List. 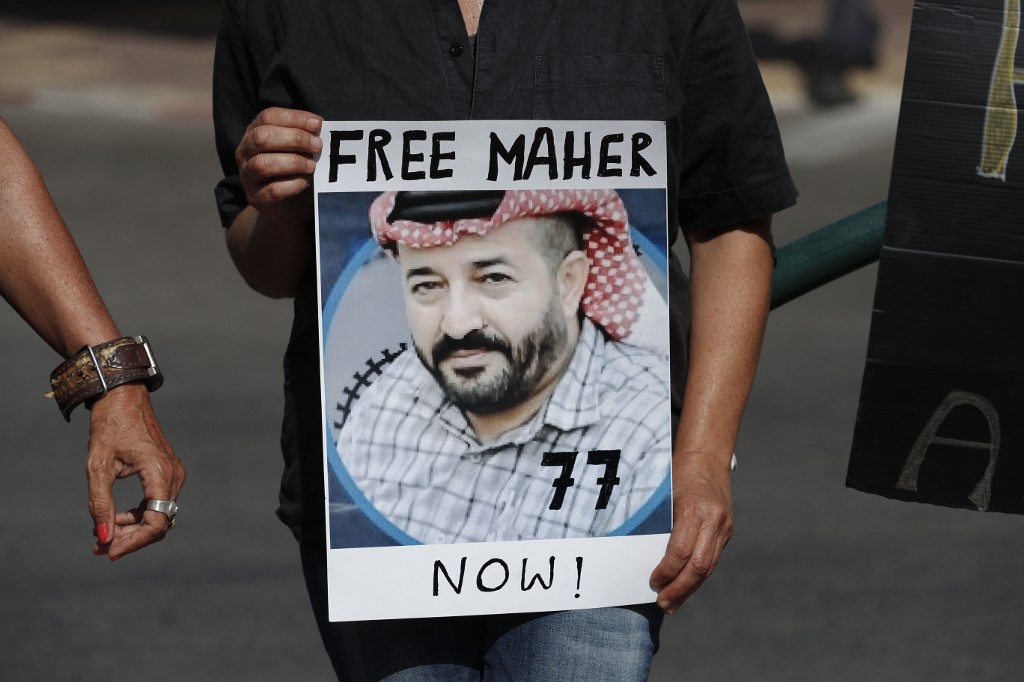 On Saturday, Islamic Jihad’s Quds Brigades, which has committed numerous attacks against Israeli civilians, threatened Israel in the event that al-Akhras dies from his hunger strike.

“If anything happens to him, the Islamic Jihad will punish those responsible,” senior Islamic Jihad official Khalid al-Batsh said in a statement. “Israel will pay a high price. Everyone who cares about the ceasefire must intervene and send a clear message — we will not leave our prisoners to rot and die in prison.”

If al-Akhras were an Israeli citizen suspected of a criminal offense, he likely would have received a formal indictment by now and gone before a civilian court.

But al-Akhras, a West Bank Palestinian subject to Israeli military law, is being held under administrative detention, which is often used against Palestinians terror suspects. In some cases, detainees have been held for years without formal charges.

Security officials have long defended the measure, arguing that issuing an indictment could force them to reveal sensitive security information. Moreover, it is argued that such arrests could be the only way to prevent immediate danger to the Israeli public, in the event of suspicions of an imminent terror attack.

“Administrative detention is a preventive tool, not a punitive one, which is used only in cases where a threat cannot be prevented in other ways,” a security official explained to The Times of Israel in 2019.

Palestinians and international rights groups, however, have condemned the practice, contending that Israel abuses it. Al-Akhras alleged that “as it is right now, any officer can arrest any Palestinian simply because they feel like it, with no courts or anyone calling for an investigation.”

At the end of August, 355 Palestinians were being held in Israeli prisons under administrative detention orders, including two minors, according to the Israeli human rights organization B’Tselem.

“According to international law, administrative detention is an extreme tool. But Israel makes widespread use of it against Palestinians. It prevents many from having a normal life — people go in and out of detention for years, without any charges,” Litvin, of Physicians for Human Rights, said. 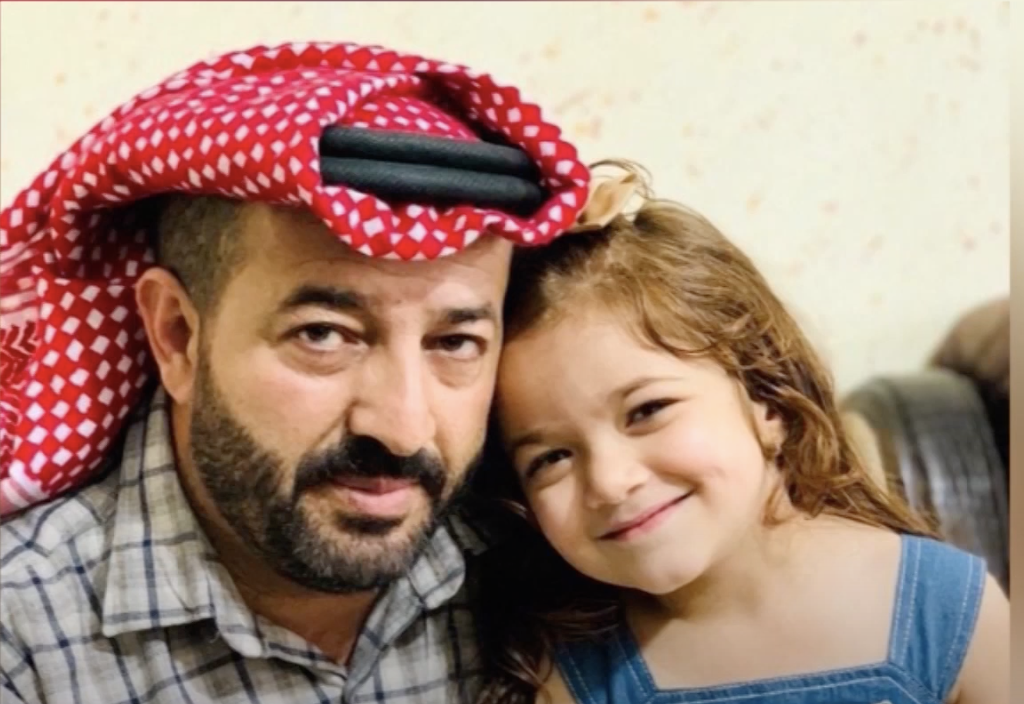 Al-Akhras’s lawyer Haddad is not allowed to see the evidence against him, as his detention is based on secret material obtained by the Shin Bet and given to a military court behind closed doors.

“The defense attorney becomes a marginal figure in such a court, because it’s just the prosecutors speaking with the judges. The detainee is even more marginalized because he doesn’t know what he’s being charged with,” Haddad said.

Last week, military prosecutors submitted a video from Kaplan Medical Center, which they claimed showed al-Akhras stating that he was a member of Islamic Jihad and urging Palestinians to “continue the struggle until not one Jew is left,” according to court filings.

Haddad asked to see the transcript used by the court, noting that the video had already been widely distributed on social media. After some legal wrangling, Haddad said, the prosecutors released it to her.

The transcript, as presented to The Times of Israel and previously reported by Haaretz, made no mention of Islamic Jihad, or any message which directly incited the murder or expulsion of Jews; neither did the video on which it was based.

The Shin Bet said in response that the transcript was “unrelated, as of course [al-Akhras’s] administrative file is not based on a single video taken after he was arrested.”

Litvin said: “After three months in prison, without anyone knowing what stands behind it, Israel must choose: either indict al-Akhras or release him.”

The High Court has declined to force the matter, emphasizing that the evidence of al-Akhras’s involvement in Islamic Jihad revealed to judges behind closed doors is substantive enough to warrant his continued arrest.

“We are satisfied that there is a basis for what is stated… in the respondent’s filing, according to which [al-Akhras] is a prominent Islamic Jihad activist, who is involved in organizational activities that endanger the security of the area, and also incites and expresses extremism,” wrote Judge Yitzhak Amit in late September. No subsequent gathering of the High Court has seen fit to overturn the ruling.