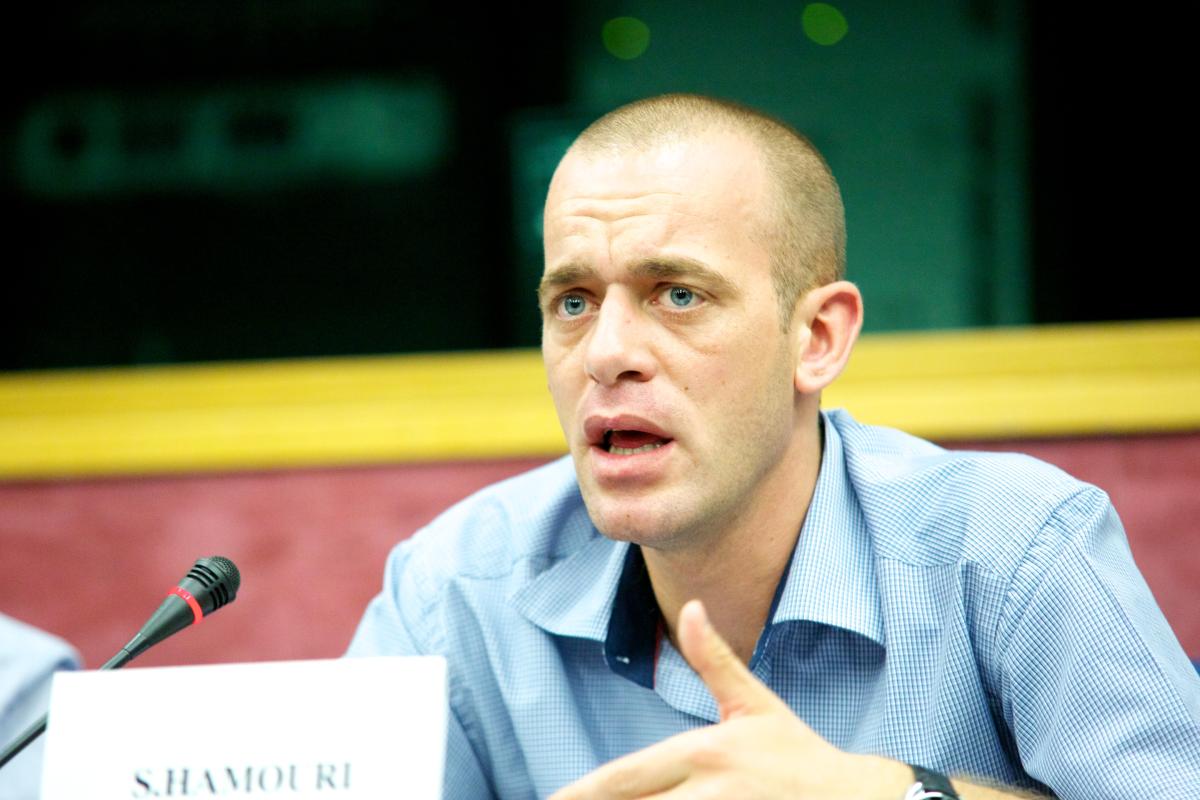 In the dead of night, Israeli forces knocked on the door of Salah Hamouri’s apartment in Jerusalem, he told me. “When I opened the door they told me they were looking for me and began to search the house. They destroyed the furniture, turning it upside down, searching for something; I don’t know what. Of course, they found nothing, but they took me away anyway.”

That was on 22 August 2017. Over a year later – thirteen months to be exact – Hamouri was finally released from administrative detention, a status Israel uses to imprison Palestinians indefinitely with neither charge nor trial. Speaking to MEMO shortly after his release, he recounted being moved repeatedly between Israeli detention centres and deprived of contact with his family, as well as the challenges faced by the hundreds of other Palestinian political prisoners just like him.

“That night I was transferred between three military bases in Ramallah [in the occupied West Bank] until 4 o clock the next afternoon, at which time I arrived at the Russian Compound,” explained Hamouri. Sometimes known by its Arabic name Al-Moscobiyeh, the Russian Compound is a notorious interrogation centre located in the centre of Jerusalem, renowned for its brutal interrogation and torture methods. “I passed two or three levels of interrogations, and at the end of the first week [in detention], the judge ruled that I should be released.”

Of course, there were strict conditions attached to his release: he would not be able to leave the coastal city of Haifa for three months, for example, and would be forbidden from entering Jerusalem or the occupied West Bank. “I accepted the deal,” he said, but… “Just one hour before I was due to be released, the Shin Bet [Israel’s internal security agency] came and relayed a military order from the then Minister of Defence [Avigdor Lieberman] which blocked my release.” That is when administrative detention was used to imprison him for six months; it was then extended for a further seven months. He was never charged, so still has no idea why he was being held.

This uncertainty, the expectation of being released only to have your hopes dashed must be difficult to cope with, I suggested. “It’s tough on your psychology,” he admitted. “The knowledge that I could be detained over and over again was hard to come to terms with.”

This, quite clearly, is the whole purpose of the process. “The detention system is something the Israelis have developed over years of occupation. The strategy targets the consciousness of Palestinian prisoners and works to break their resolve. We see the constant isolation of prisoners, the rare contact they have with the outside world, and the way Israel denies them access to books and TV channels; everything is censored until their brains are destroyed.”

He told me about just one example of Israel trying to break prisoners’ morale, including his own. “One of the worst things about detention is the transfer from prison to court and between different prisons,” he pointed out. Hamouri was transferred several times during his detention, with moves from the Russian Compound to Al Naqab Prison, located south of Beersheba near the Egyptian border, and later to Megiddo Prison – south of Nazareth — as punishment for having spoken to a French journalist about his experience.

“We were obliged to wake up extremely early and [Israeli] Special Forces came to collect us, putting handcuffs on our wrists and shackles on our legs before boarding a special bus,” he recalled. “When you see the bus from the outside it looks like a tourist bus, but when you enter it’s made entirely of wood and iron. Even the chairs are iron, so in summer it’s extremely hot and in winter bitterly cold. We sometimes spent 12 or 14 hours being transferred from one prison to another. Many people lost consciousness and their illnesses became worse because of this brutality.”

Hamouri was keen to emphasise that, even taking into account the mistreatment that he suffered during his years spent in Israel’s prison system, his detention wasn’t just hard for him to bear. “I have convictions that I have to keep and my family respects me for this, but that doesn’t mean it isn’t hard for them.” For the 13 months that he was held by Israel on this occasion, he wasn’t able to see or contact his wife and son who were living in France and were prevented from entering Israel. “My son is two-and-a-half now,” he told me. “I’m not sure how far he is aware of what happened, but he keeps asking, ‘Where have you been?’ It’s difficult to hear.”

In an interview with MEMO in 2017, Hamouri’s wife Elsa explained that her husband’s constant cycle of detention and release is part of an ongoing harassment campaign by the Israelis. “The first actions were against Salah after his [initial] release in 2011. He could not go to Birzeit University, near Ramallah, to study law. They have interfered with all his freedoms – the right to study, the right to a family life.”

Hamouri himself pointed out that the strain that Israel puts on his family is part of its pressure to force him to leave Jerusalem. “They didn’t allow my wife to enter the country when she was pregnant, so our son wasn’t born in Jerusalem. The Israelis have said it to me clearly: ‘Why don’t you go live in France?’ and ‘Don’t come back here, we would have fewer problems if you stayed away’.”

He was just one of 5,554 Palestinian political prisoners being held by Israel. According to Addameer, of these, there are 482 administrative detainees, with almost 500 serving sentences longer than 25 years. “Unlike other political prisoners, I’m lucky enough to hold French nationality. They don’t have the chance to talk about their suffering and what happened to them, so I talk not just about my own experience but that of all of us.” To this end, Hamouri plans to go back to Jerusalem in January. “I don’t know what will happen when I go back; all the possibilities are on the table,” he noted. “I am ready for all eventualities because the Israelis don’t behave rationally when it comes to dealing with the Palestinians.”

Despite the very real probability that he will be detained again when he returns to his home city, Salah Hamouri believes that this is his only option. “We are under occupation and we have to stay,” he insisted. “If every Palestinian leaves, the occupation will be here for another 100 years. We have the right to resist and we have the right to stay in Jerusalem where we were born. Because of this, I must go back.”