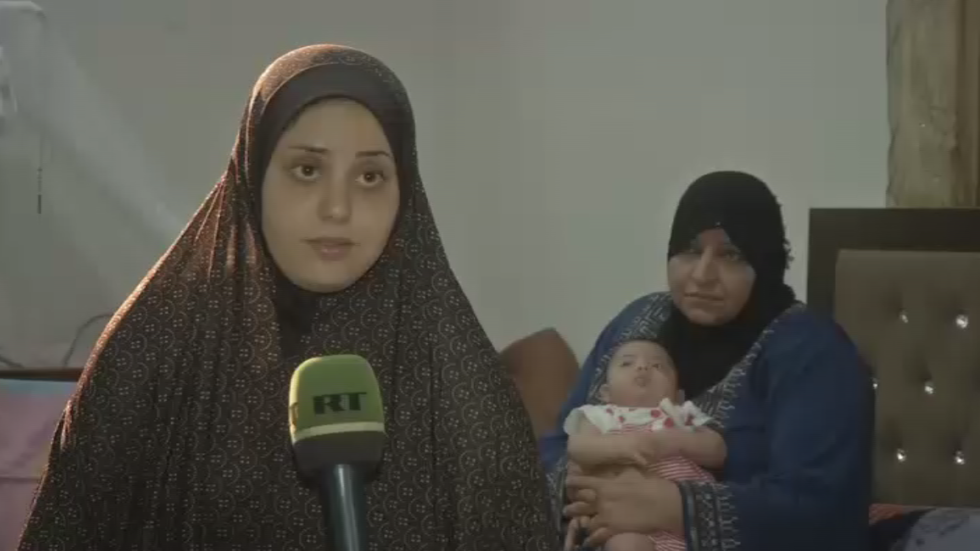 A Gazan mother told RT that Israel denied her access to her three ill newborn babies because her travel permit expired. Instead, she learned by phone that two of her kids died, and waited months to see her surviving daughter.

Diagnosed with early labor, Hiba Swailam, 24, obtained a permit from Israel to leave Gaza and travel to Jerusalem, where she gave birth to seriously underweight triplets at Makassed Hospital. She could not stay with her children because the permit had expired, so the young mother was forced to return home.

“I told them I at least want to stay to breastfeed the babies, and they said ‘No,’” Hiba told RT.

I kept crying. It wasn’t easy for me to leave them. I didn’t know if they would live or die, and I went home devastated.

As result, Hiba was not with her children when the two of them died at the hospital. She was informed of their death over the phone instead. The surviving child had spent several months at the hospital away from her parents, before Israeli authorities issued a permit for the family to pick up the baby.

“I had to endure a lot of suffering and depression, but thank God, all of it went away when I saw my daughter,” said Hiba’s husband, Mohammad.

ALSO ON RT.COM1,700 Gazans shot by IDF face amputation due to funding crisis, UN warnsGhada Majadleh, who works for the medical NGO, Physicians for Human Rights – Israel, told RT that there is no specific time period for Israeli authorities to issue permits for Gazans to travel to Israel for medical purposes. The process can take anything from a month to over a year in some cases, she said.

The separation of the kids and their parents influences… their recovery and the process of treatment itself.

RT has reached out to the Coordinator of Government Activities in the Territories (COGAT), which handles travel permits for Gazans, for comment and will publish their reply once it’s available.