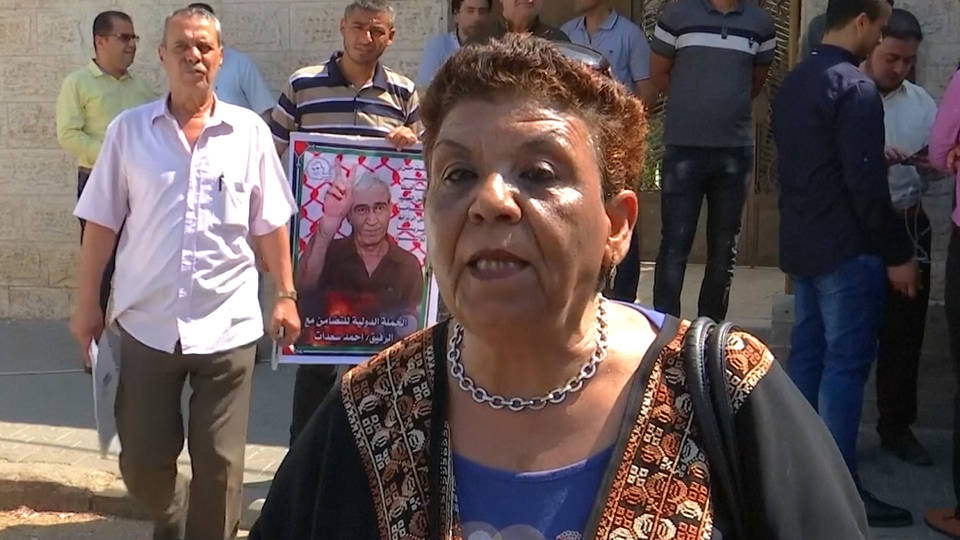 Officials and business leaders from the U.S., Israel and several Arab nations are meeting in Bahrain today and tomorrow in what is being billed as an economic workshop designed by Trump’s son-in-law and adviser Jared Kushner to address the Israel-Palestine conflict. Palestinian leadership has rejected the $50 billion U.S.-led initiative, the first phase of Kushner’s Middle East peace plan, which focuses on generating investments in the region while sidelining politics, the Israeli occupation and Palestinian voices. Palestinian Prime Minister Mohammad Shtayyeh said ahead of the gathering, “This workshop is simply a political laundry for settlements and a legitimization of occupation.”

Palestinians rallied in the occupied West Bank and Gaza Strip Monday to protest the event. This is Miriam Abu Dakka of the Popular Front for the Liberation of Palestine.

Miriam Abu Dakka: “If they give us all the billions in the world, we won’t sell our land. Our cause is political, ethical, lawful and national. It is not for sale. It is a shameful deal. Not Trump, neither the Zionists can erase any right of the Palestinian people.”