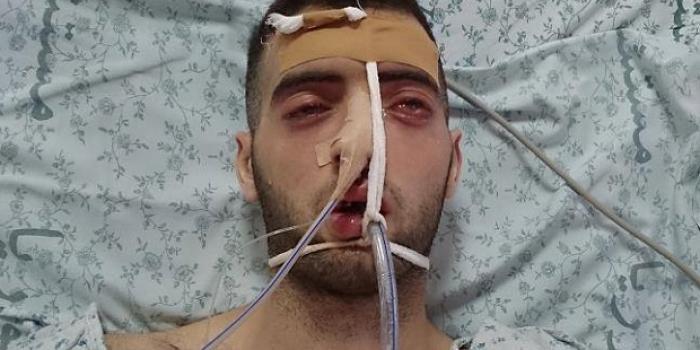 The health of Ja’far Awad (22 years old) started to deteriorate after being jailed in Israeli jails, where they tested drugs on him, causing him a series of complications that led to his death within three months.

Occupied Palestine (QNN)- 95% of Palestinians, who get arrested by Israeli forces, are being subjected to torture from the moment of being arrested, according to human rights NGOs.

Marking the International Day in Support of Victims of Torture, the Prisoners Association stated on Thursday that the Israeli authorities use different psychological and physical methods to torture Palestinian prisoners.

It added that after monitoring information about Palestinian prisoners in Israeli jails, it found out that 95% of them are being subjected to torture from the moment of they get arrested. Torture continues during interrogation and after being held in jails.

The report also stated that the Israeli torture does not only employ torture to extract confessions during interrogation but also use it as a punitive measure.

The occupation state uses different torture methods, such as sleep deprivation through interrogation sessions that could extend for 20 hours straight, tightening the handcuffs to prevent blood from reaching the prisoner’s hands and feet, using a filthy bag to cover a prisoner’s head, Shabeh (a method which involves the victim being suspended by their manacled wrists – or sometimes the feet – from a hook or over a door, often for long periods, and usually beaten), beating, verbal abuses, and intentional humiliation.

‘Israel’ also threatens to arrest family members of the prisoners, to sexually assault a prisoner or any of his/her beloved ones, to demolish the prisoner’s house, or to kill him/her.

Palestinian prisoners are also being deprived of using toilets or changing their clothes for days or even weeks.

The Israeli law allows the use of “physical interrogation methods” in “ticking time-bomb”. In such situations, prisoners are being subjected to Shabeh, strangling, and beating. They also may be put in solitary confinement cells, that lack windows, for very long times. In many cases, such torture methods killed Palestinian prisoners.

The organization stressed that the occupation state continues to use all types of torture against Palestinian prisoners although of the international conventions that prohibit it.