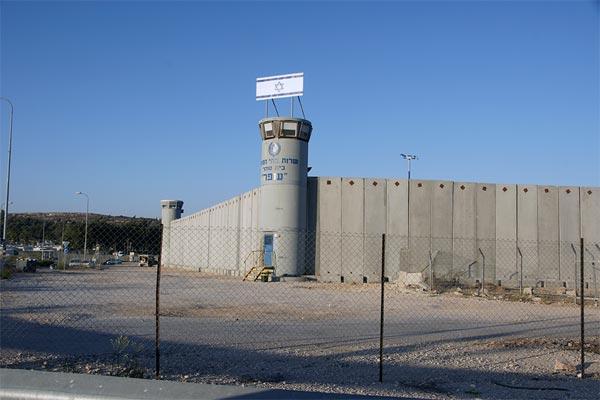 Image of a military watchtower, near an Israeli prison

Cold weather and heavy rain are causing “catastrophic conditions” inside the cells in which Palestinians are being held by Israel in Etzion Prison, the Palestinian Detainees’ and Ex-Detainees’ Affairs Commission reported on Thursday. Rainwater, it is alleged, has flooded the cells, soaking prisoners’ bedding and clothing.

Lawyer Hussain Al-Sheikh toured the prison recently on behalf of the commission. He reported that rainwater leaks are also causing cracks to appear in cell walls and ceilings. The severe cold is compounding the difficult conditions endured by Palestinian prisoners.

According to Al-Sheikh, the prison authorities have ignored prisoners’ complaints. He added that the administration has deliberately deprived the detainees of heaters in their cells and has banned families from taking extra warm clothing and blankets for the prisoners. Furthermore, cells are overcrowded, lack basic health facilities and are infested with insects and rats. As such, the commission anticipates an increase in the number of Palestinians who die in Israeli custody.

The Palestinian Wafa news agency reported the commission’s appeal to human rights and humanitarian organisations, particularly the International Committee of the Red Cross, to intervene promptly and put pressure on Israel to take the necessary measures to ensure the well-being of prisoners.

On a related issue, Iran’s Press TV has reported that a Palestinian rights group has noted a number of cases where prisoners are now on hunger-strike. Many have been refusing food for nearly three months in protest at their detention by Israel.