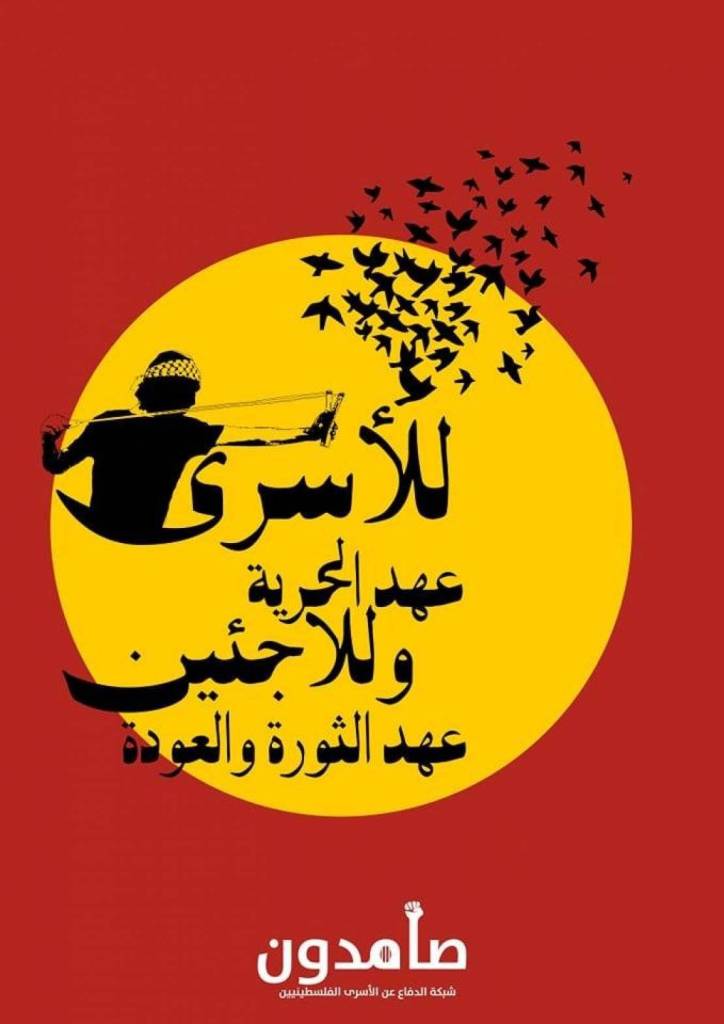 Samidoun in occupied Palestine is calling for a mass demonstration on Wednesday, 7 August to stand with the Palestinian prisoners inside Israeli prisons, especially those on hunger strike against imprisonment without charge or trial. The protest will begin at 4:30 pm at the center of Manara Square, highlighting the fight to end administrative detention and liberate all Palestinian prisoners.

In addition, the protest, being organized with a large participation of youth and students, is also meant to elevate the level of popular support for Palestinian refugees in the camps in Lebanon fighting for civil, social and economic rights and against unjust and discriminatory laws. Palestinians in the West Bank and in diaspora, including those in Lebanon, together filmed a video calling for the march and urging the widest participation in the event.

There are currently 29 Palestinian political prisoners on hunger strike and 40 more have expressed their intention to join the strike on Monday, 5 August. This demonstration comes to mobilize full support for the prisoners whose bodies and lives are on the line to win their freedom and that of the Palestinian people.