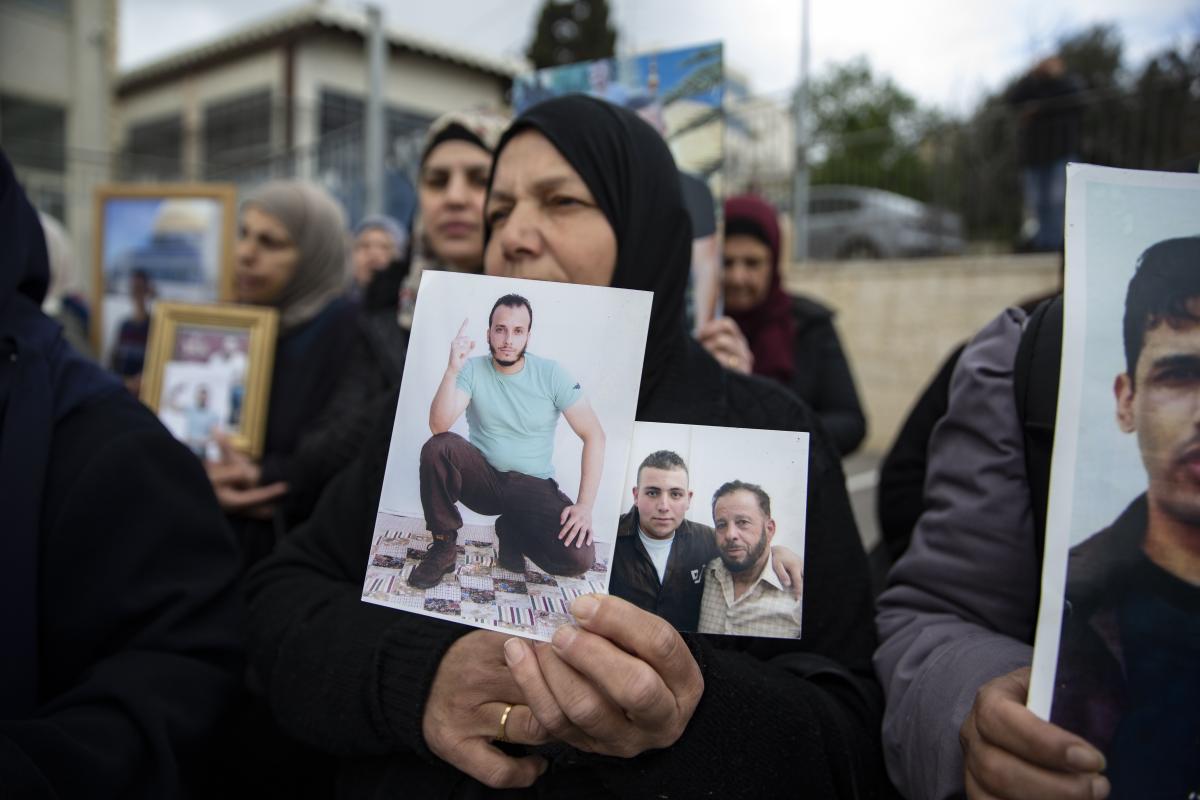 Prisoners’ rights group Addameer said its lawyer was able to visit Halabiya on Monday, who is currently being held in isolation in “Ramleh Prison Clinic”.

The lawyer reported that Halabiya attended the meeting in a wheelchair “with his hands and feet in chains”, and that his health is deteriorating in a number of ways – including severe pains in his head and stomach, cramps, dizziness, nausea and insomnia.

Halabiya also told the Addameer lawyer that Israeli special forces broke into his cell last Thursday, searched and vandalised his property, “cursed and yelled at him, dumped the water and salt he was supposed to take on the ground”, and demanded he stop his hunger strike.

According to Addameer, Halabiya was arrested by Israeli occupation forces on 10 June 2018, just a few months after he had got married. His wife gave birth to their daughter Majdal since Halabiya has been in detention, meaning that father and daughter have never met.

“He has now entered his 14th month in arbitrary administrative detention”, Addameer stated, noting that after he began his hunger strike, Halabiya was punitively denied family visits, and has “had no contact whatsoever with his family” for the past 45 days.

“The occupation authorities’ actions operate in contrary to all international conventions and norms,” Addameer stated, urging “the international community and the signatories to the Fourth Geneva Convention to put pressure on the occupying power to stop the abuses.”

A group of 30 Palestinians in Israeli jails have joined a hunger strike in solidarity with six detainees on hunger strike protesting administrative detention – including Halabiya.

According to PNN, “the prisoners reject the intake of any food or water to step up pressure on the Israeli authorities to meet the demands of the six detainees who have been on hunger strike.”